I walked right by this creepy old house a couple of days ago, on a lonely leg of the Viking Way.  A tight little path hemmed in by barbed wire took me along the rear of its uncared for walls.  It was impossible to see this timeworn building from any other viewpoint because of the overgrown bushes and trees; I could only guess from its dilapidated windows and doors that it was deserted.

Until I came across the white sliced bread.

Someone had launched several slices over the high wall; they had landed on the pathway and the birds were noisily enjoying a late breakfast of them.  I wonder who lives here … 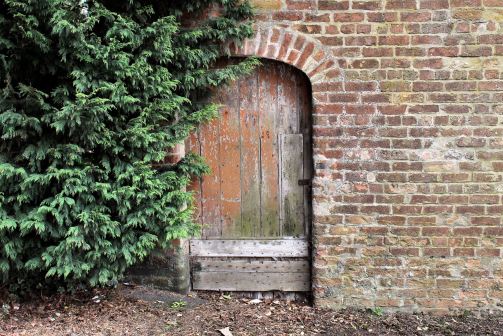 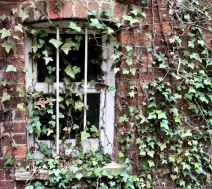